Have you ever had a promising plan broken because of an uncomfortable or painful sensation in your genital area? Has it happened to you to continually want to pee and feel discomfort when urinating? Don’t worry, it’s more frequent than you might think. Cystitis is a problem that affects a high percentage of the population but has a solution if we team up with an expert urologist in Noida to combat it.

What is cystitis and how does it occur?

Cystitis is an acute inflammation of the urinary bladder due to an infection by the invasion of microorganisms. Normally responsible is the e.coli bacteria, which lives in the guts of humans and is usually harmless in most cases, except for some more dangerous strains. It is usual that the body itself discards these bacteria with urine, so it is essential to drink plenty of water (between 1 litre and a half and 2 litres per day, according to the constitution and food of each person). However, sometimes these bacteria attach to the urethral walls or bladder and multiply so quickly that they cannot all be expelled with urine. That’s when inflammation occurs that leads to cystitis. 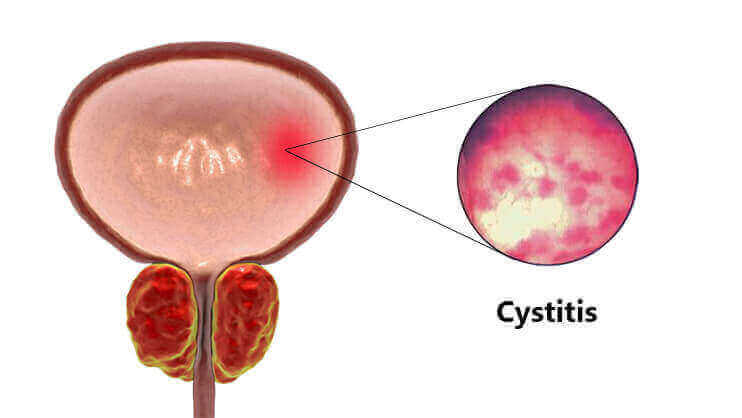 What are the symptoms?

The most common are discomfort and pain when urinating, burning sensation or burning in urination, urgent and/or frequent need to urinate, cloudy urine colour and strong urine odour. Other symptoms include pain in the side area, pain or discomfort when having sex and feeling fatigued. However, symptoms may vary by patient.

Are there different types of cystitis?

You can talk about bacterial or infectious cystitis, which is caused by bacterial infection, and non-infectious cystitis, which has no specific cause and is common in women of childbearing age. The latter may arise from the use of feminine hygiene sprays, spermicides or as a result of adverse reactions to certain medicinal products. It may also result from prolonged use of a catheter or complications from other existing pathologies. It is advisable to go to the best urologist in Noida to determine the origin of cystitis and the most appropriate treatment for each case.

On the other hand, sporadic cystitis can be differentiated (there is only one episode on time) or repeat cystitis (there are more than 3 episodes in a 12-month period). According to a research, 37% of women suffer at least one episode of cystitis in their lifetime and 12% suffer from them on a recurring basis.

It is a very common pathology, especially in women. According to the best urologist in Ghaziabad, cystitis especially affects women between the ages of 18 and 39 “coinciding with the age of maximum sexual activity in women”. He also notes that about 50-60% of women in the premenopausal phase suffer from a urinary tract infection and that, of that scale, 90% is cystitis.

However, men also experience episodes of cystitis, sometimes due to an enlarged prostate that, by slowing down urine flow, increases the risk of infection.

Cystitis is common in people who have frequent medical exams with tubes or catheters or those who need tubes. The incidence of this pathology is higher in older patients, as they progressively decrease the faculties of the nervous system to control the bladder. Similarly, in the event of a mismatch of the immune system, there is an increased risk of an episode of cystitis.

People with diabetes, hypercalcemia, or immunosuppression are considered more likely to develop episodes of cystitis.

Having cystitis is very common and can occur to anyone, however, with proper treatment and in the hands of a good urologist in Ghaziabad, it is a risk-free problem.

What treatments are available?

The first and most important thing is to go to the best urologist in Greater Noida to confirm the origin of cystitis and to consider our entire profile with blood and urine tests and any background that can provide more information.

What can I do to avoid getting cystitis or improving symptoms?

Food habits. Some foods and drinks are discouraged when the patient has an episode of cystitis, such as very strong or fermented cheeses, dairy enriched with cream, very fatty meats, sausages, bacon, black pudding, undercooked pasta, candied or frosted fruits, fruits in syrup, alcoholic beverages, coffee or tea with high theine content, confectionery products, chocolates and high fat fries. Instead, it is advisable to add to the diet natural juices, especially American cranberry, vegetables (some of them raw), fish, meats and eggs in the rations that marks a healthy diet.

Hygienic habits. In addition to proper hygiene in the genital area, it is not excessive not to eliminate the genital natural flora, but that does not be in shortening either, in the case of women it is advisable that when urinating they clean from front to back. A safety measure to prevent cystitis is to urinate after sex, eliminating potential toxins that access the urethra and cause infection. Finally add that it is necessary not to stay long periods of time with a wet or damp swimsuit in the genital area, which is a conducive focus to give rise to infections.